In my junior high classroom BHD stands fro Basic Human Decency. That includes, but is not limited to, paying attention to your surroundings and holding the door for the person coming in before or after you.

BHD means that when someone is kind, you say “thank you.” You handwrite “thank you” notes and put them in the mail.

BHD means that if someone is speaking, you listen. You show them you are listening by pointing your shoulders toward them and looking into their eyes.

Here is a photo of me the night I met Chris, a man lacking BHD, weighing a healthy 115 pounds.  (Yes, that is Brooks from the Bachelorette.) 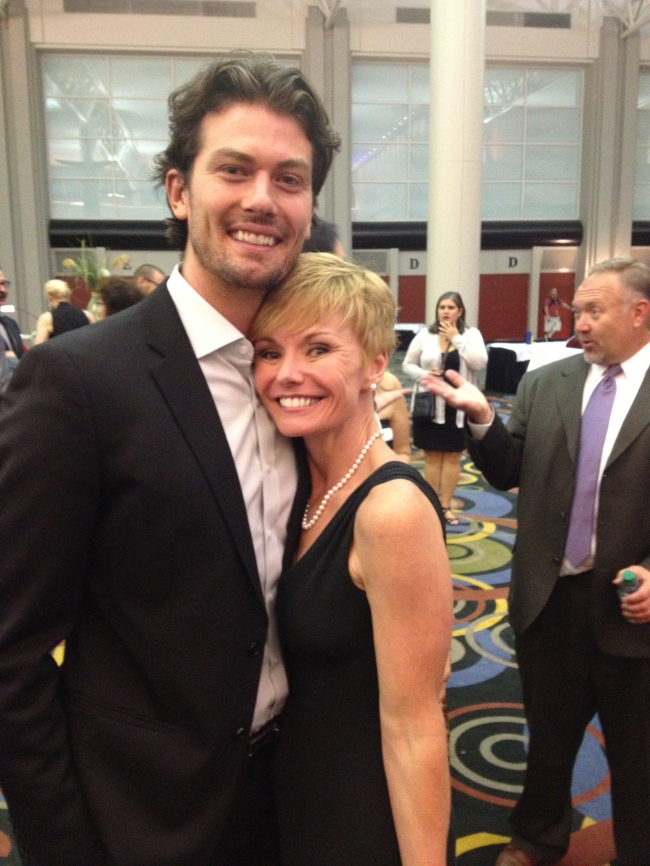 However, BHD can also stand for Broken Heart Diet. Chris, a man with no BHD (Basic Human Decency) wrote me a letter on Monday that read, “You are the most special person in my life.” On Wednesday, he had tears in his eyes when he said, “tonight was the best night we’ve ever had with the kids.” Then, on Thursday, his voicemail message said “I love you.”

But, after going alone with his “artist” friend and daughters to City Creek on Thursday, he dropped off all my belongings that I kept in our bedroom at “his” house. The house he called “ours.”

Then, he uninvited me from the events we planned together.

I went into shock. Pure shock.

My zombie apocalypse began on March 28th. It ended sometime in early June.

With the shock came the Broken Heart Diet. I went from a healthy 115 pounds down to 99 pounds.

This is me at 99 pounds running up the Olympic Park Hill with my students.  You see, BHD requires on stick to his or her commitments.

Without BHD (Basic Human Decency), you get a BHD (Broken Heart Diet).

While I own turning the red flags pink and giving up myself, I really did not know he was a sociopath (a person with a psychopathic personality whose behavior is antisocial and who lacks a sense of moral responsibility or social conscience) combined with a narcissist.

A few months with a life coach, chakra clearings, angel cards, and a good therapist brought me out of the shocked zombie apocalypse stage and into healing.