Leaning in and Pulling Up

Sheryl Sandberg teaches women to Lean In. Take a seat at the table. Contribute. She also speaks about mentors. In her book, Lean In, she writes “Don’t Ask Anyone to be Your Mentor.” Rather than asking for a mentor, she advises women to ask people both senior and junior for specific advice on problems. Doing so, creates more productive and positive relationships.

In addition, it builds community. 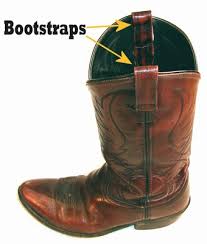 Literary references to lifting oneself up by one’s own bootstraps go as far back as the 19th century in referencing “a poet who lifted himself by his own boot-straps from an obscure versifier to the ranks of real poetry.”

Then, in 1922, James Joyce wrote in Ulysses, “There were others who had forced their way to the top from the lowest rung by the aid of their bootstraps.”

Many think the reference is, like the poet, to lifting oneself up.

But, as a woman, as a leader, I am grateful for the women who took one look at me and pulled me up by my bootstraps; they taught me how to do it for myself and showed me that it was my responsibility to do it for others. 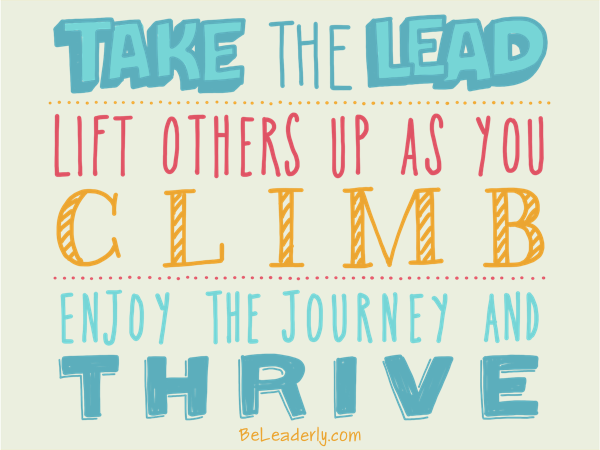 In 1994, I arrived in Michigan TERRIFIED. I was a 23-year-old bride surrounded by 60-something women. One made millions with Weight Watchers’ franchises and another was an Academy Award winning director/producer. I did not which fork to use let alone how to engage in conversation. 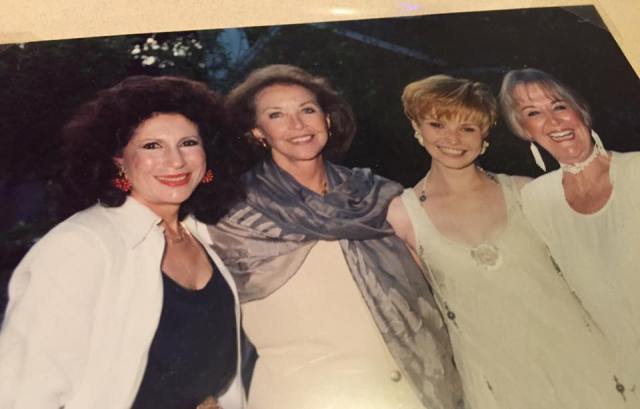 But, they were kind. Florine insisted I go Power Walking with the Ladies each morning. It was there that I could listen and learn.

Talking about food, I explained, “If I have a bag of OREOS, I eat the whole thing because then I can be good the next day.”

“That,” replied Florine, “is the definitive fat person attitude.”

Lois, my Jewish mother, a travel broker and wife of an artist taught me to smile.

“Keep a knipple,” Lois told me. A knipple is a stash of cash, or, as my friend Christie calls it, “foxy pocket money.” As a woman, if you have a knipple, you can always leave.

The last lesson I learned from Lois was, “always have a day girl.” It took me a few years and having my own career to understand that it wasn’t about having a housekeeper, it was about employing others, boosting others up.

Moving to our cabin at Sundance scared me. Dwight lived there with his previous wife. I wondered how I would fit in with her friends, her acquaintances.

But, just like in Michigan, the women were kind. 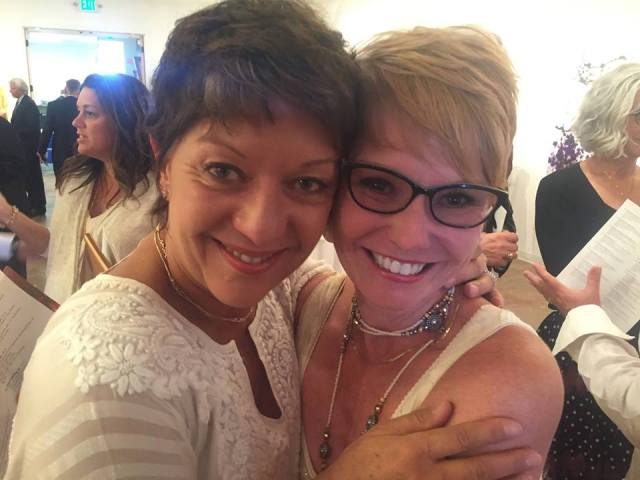 With Bylle, I learned to appreciate talent and life. She helped me learn to ride a horse. Bylle was kind.

Going back to school this fall, I challenge all of my friends, men and women, to find one thing to bolster, praise or celebrate about a colleague each day.

This entry was posted in Friends, Sundance. Bookmark the permalink.