In this episode of Sex and the City, Carrie asks, “When it comes to matters of the heart, did we have it right in high school?”

At least, I did not have it right in high school.

As a sophomore, I had a huge crush on a senior, one of my brother’s friends. I was not alone. Most girls crushed on Pitter Patter . . . .

On New Years Day, during my 1:00 on 1/1 luncheon with friends, Ali and I friended and messaged him on Facebook.  We messaged, we spoke, and, he stopped by after work.

Those were all red flags. 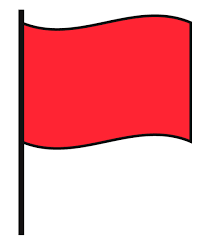 But, he claimed he liked dogs. He claimed he had a Bernese Mountain Dog. He seemed nice enough.

Then, he knocked on my door, sat down and told me the following:

Within seven minutes, I asked him to leave. I explained that “hatespeak” is not acceptable in my home.

That was my first and last personal experience with an uneducated white male supporting Donald Trump.

I did not have it right in high school.  I’m only just now, almost 30 years later, getting it right.

I'm a teacher, writer, and editor. In addition, I'm an animal rescuer, yogi, and friend.
View all posts by Julie Hooker →
This entry was posted in memoir. Bookmark the permalink.