Like Carrie Bradshaw, I Need My Relationships with a Bit of Milk 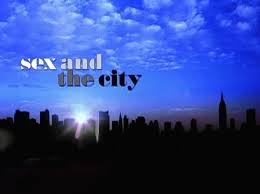 In the final season of Sex and the City (my all-time favorite show), Carrie dated “The Russian,” Mikael Baryshnikov. Samantha was diagnosed with cancer and, while teaching Carrie to drink espresso, told her about his friend who died.

Carrie: That is some strong coffee.

Carrie: I’m gonna’ need a little milk in this.
The Russian: Then it’s not espresso. Milk will ruin it. Keep sipping it.

Frustrated by The Russian repeatedly telling her about his friend who died, Carrie told him, “I need my relationship with a little bit of milk.”

I need my relationships with a little bit of milk.

The April 2015 issue of Real Simple, Catherine Newman wrote about Modern Manners. Rule No. 1: Share carefully. “In these days of posting, tagging, and connecting widely and instantly, it can be hard to remember how that affects other people. But no matter the medium, the basics of courtesy are the same; Follow the Golden Rule. That means being kind, respectful, trustworthy, and gracious – and trying to spare people’s feelings.”

Too often, I have not followed The Golden Rule and Newman’s Rule No. 1.

Just like Carrie, I need my relationships with a little bit of milk. In fact, I’d prefer heavy cream.

Some may call it passive aggressive, but I think it is simply basic human decency to say something kind before and after offering respectful feedback.

Let’s stop the bitchcraft and celebrate everything that is right.

I'm a teacher, writer, and editor. In addition, I'm an animal rescuer, yogi, and friend.
View all posts by Julie Hooker →
This entry was posted in Uncategorized and tagged basic human decency, bitchcraft, espresso, Sex and the City. Bookmark the permalink.