I FANGIRL Carrie Mathison on Homeland. In the season premier Carrie, played by Claire Danes, is stationed in Kabul, Afghanistan.

When she tucks herself into bed, she inserts a mouth guard, just like me. 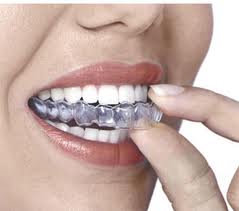 A few years ago, my dentist recommended a mouth guard at night. Between the mouth guard, three dogs in the bed, one dog under the bed, and the suggestion from an internist to wear gloves and socks to keep warm, it’s no wonder I’m single.

Later in the premier, her sister notes, “There’s not even a diagnosis for what’s wrong with you.”

I’m not sure I can pinpoint everything that’s wrong with me, but I’m pretty clear on what’s right with me.

According to Urban Dictionary, FANGIRL is A rabid breed of human female who is obesessed with either a fictional character or an actor. Similar to the breed of fanboy. Fangirls congregate at anime conventions and livejournal. Have been known to glomp, grope, and tackle when encountering said obesessions.

I'm a teacher, writer, and editor. In addition, I'm an animal rescuer, yogi, and friend.
View all posts by Julie Hooker →
This entry was posted in Uncategorized and tagged claire danes, fangirl, Homeland, mouth guard, what's right. Bookmark the permalink.