My ex-husband and best friend used to say, “You are such a cheapskate!”

The Urban Dictionary defines cheapskate as “A stingy person. Somebody who buys cheap in favor of higher quality or better stuff. Even though they might be able to afford better. Not particularly offensive and often intended to ridicule in a light-hearted manner. North American origin (skate apparently meaning “fellow”).

Our cabin at Sundance was built in 1977. The only option for heating, at that time, was electric. Therefore, throughout our home we had electric heaters at the baseboards.

From 1993 to 2003, when I called the cabin home, our electric bills in the winter were astronomical. Typically, because family and friends stayed for the holidays, the December bill went as high as $1,700!

Therefore, even though I could, per the definition, “afford better,” I informed Dwight that we would not turn on the heat between Easter and Halloween.

I was a teacher and drove down the canyon each day. It was at least ten degrees warmer in Orem than at Sundance.

When I’d come home, frequently I found the heat on and the thermostat cranked up to keep Dwight warm in his office.

Dwight claimed I railed like “an old fishwife” and called me a “cheapskate” when I complained.

Now, over a decade later, here, in Park City, I have not changed. The mornings are very chilly on the main level of my home. Sometimes, the thermostat reads as low as 58 degrees.

But, it is not Halloween. Therefore, I bundle up in a sweatshirt, turn on the gas fireplace, and brew warm coffee or tea.

When Halloween arrives, I’ll turn on the heat. 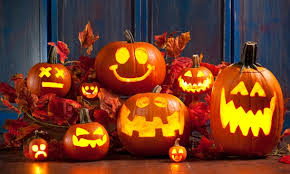